8 Differences Between Public and Private Blockchains
By Grant Bartel BLOCKCHAIN 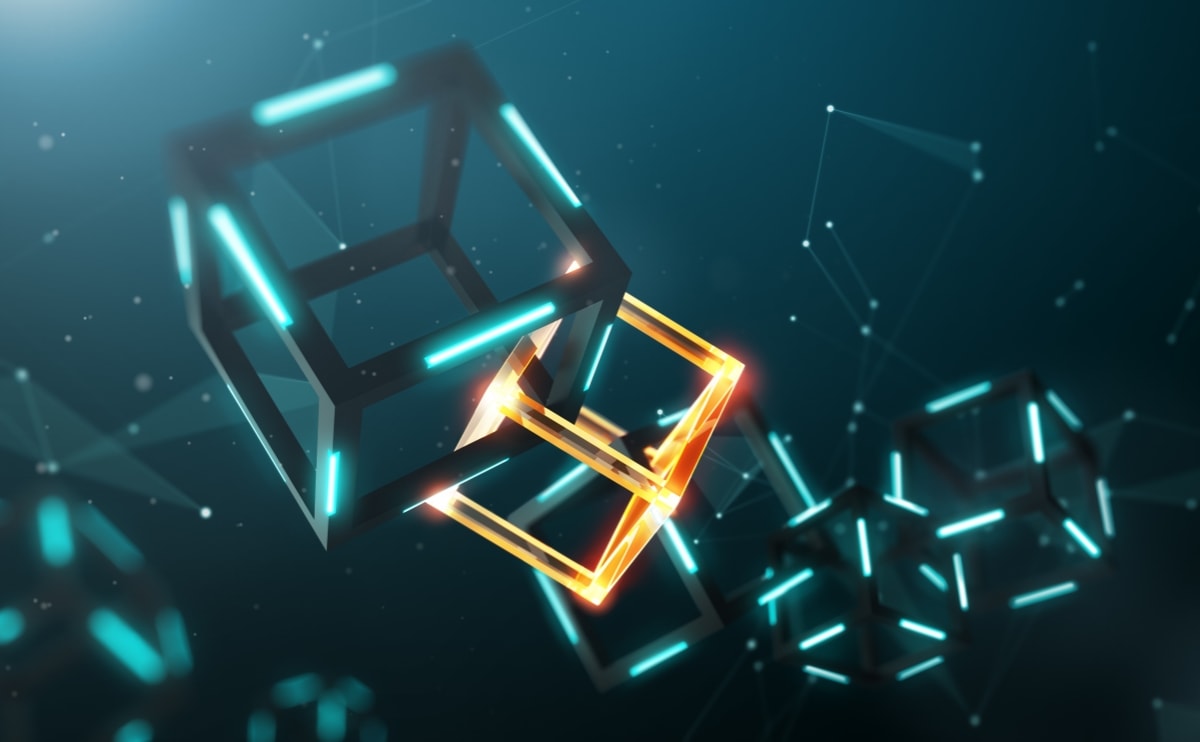 Whatever your understanding is when it comes to blockchain technology, it’s important to understand the differences between public and private blockchains if you plan on building a product or simply want to stay in the know. Blockchain is here to stay, so whether you’re knee-deep in tech, a bystander, or someone in between, it may help you to stay up-to-date with it.

Blockchains come in many different shapes and sizes. While there are certainly major differences between public and private blockchains, it’s important to keep in mind they’re not in competition with each other. Depending on the application, one type of blockchain may work better than the other.

When it comes to private blockchains, specific permissions are set in place to prevent users from access sensitive data. A private blockchain makes a lot of sense for businesses interested in using blockchain technology within their organization so they can provide the relevant permissions for employees, vendors, and anyone else.

Another big difference between public and private blockchains is the level of anonymity each user has that’s participating in the blockchain. For some applications, anonymity may be one of the most important aspects, which is certainly the case for cryptocurrencies. However, businesses can’t have anonymous users accessing their network, in which case a private blockchain would be required.

Anonymity is at the core of public blockchains. With anonymous users, anyone participating in a public blockchain will have a high level of privacy while still being able to use the same resources on the blockchain as anyone else. Anonymity and privacy can create a suitable level of confidence an individual user has toward a blockchain, which can increase further confidence and trust within the entire ecosystem.

In a place of business, anonymity doesn’t work so well since the business’s resources need to stay private and secure as opposed to the privacy and security of the individual users participating in the blockchain. There’s also no way to provide specific permissions to each user without knowing who they are, and since the key factor of a private blockchain is that it’s permissioned, anonymity won’t work. That’s why a private blockchain can be a perfect solution for a business.

If you’ve ever bought or sold cryptocurrencies on one of the many cryptocurrency exchanges, it might have taken a few minutes for the transaction to take place. When it comes to public blockchains, they’re generally much slower than private blockchains in regards to transactions.

When participating in a public blockchain, there are potentially a very large number of nodes in the network that have access to the blockchain’s ledger. Since the nodes in a blockchain need to keep their copies of the ledger up-to-date, transactions must be recorded and verified across the network. This causes latency, which no public blockchain can avoid.

On the other hand, private blockchains don’t need as many nodes, which means transactions get recorded and verified by the network far more quickly than in a public blockchain. The level of performance is one of the biggest advantages a private blockchain has over a public one.

Making sure the data and users in a blockchain are safe and secure is an important aspect when looking at public and private blockchains. It may be surprising to read, but public blockchains are usually more secure than private ones due to the nature of how they’re built and maintained.

Public blockchains are very secure for several inter-related reasons. For one, there are many nodes in the network that have a legit copy of the ledger, so it’s not easy for one bad actor to take down the whole network. In conjunction, the nodes participate in a group consensus when transactions are made so that fraudulent records won’t make their way onto the blockchain’s ledger.

On the other hand, private blockchains generally have far fewer nodes than public blockchains, making them more susceptible to bad record-keeping. Fortunately, businesses can focus on keeping out users that don’t have the required permissions to access the blockchain in the first place. They can also control the ledger more directly, so potential fraudulent records can be easily cleaned out.

Depending on the application, a blockchain should be able to add to the ledger without any issues and leave the recorded data cemented in time. This is one of the huge differences between public and private blockchains since choosing one over the other can have big consequences.

When it comes to the immutability of a public blockchain, there’s essentially zero immutability. Once something’s found its way on the ledger, it stays there for good. The only way to ‘edit’ the blockchain is to abandon it entirely and fork from right before the ‘error’ occurred, or simply start over from scratch.

If you remember the example I gave about slow transactions occurring when buying or selling cryptocurrencies, one of the other reasons is due to issues regarding scalability. Depending on the number of nodes, the number of transactions, how transactions are stored, and the consensus method used, certain blockchains are more scalable than others.

With a large amount of control you can have over a private blockchain, the factors that keep scalability a nightmare for public blockchains can be adjusted in private blockchains. If a private blockchain starts to become slower than desired, reducing the node count, allowing more transactions to be stored per block, or adjusting the consensus method could produce huge positive benefits to the performance of the blockchain.

Being able to come to a consensus on what ultimately gets stored in a blockchain is an important decision, especially for an immutable public blockchain. Coming up with a consensus method that’s difficult enough to ensure actual work is performed to help validate while also rewarding those who participate in the validation can be a challenge.

Choosing Between Public and Private Blockchains

Public and private blockchains are in no way in competition with each other since they serve vastly different use-cases. A business may indeed be more inclined to use a private blockchain, but it still may make sense to make it public. The same could be conversely true for a non-profit organization.

If you’re focused on providing a blockchain that is open, has a high-level of anonymity, treats all its users equally, and is fully transparent, you definitely want to go with a public blockchain. A good example of a public blockchain is Bitcoin, which is the most popular cryptocurrency in the world.

If you’re focused on providing a blockchain that knows its users, has admin abilities to allow or restrict permissions, has a lot of performance, and is closed to the public, you should consider going with a private blockchain. A good example of a private blockchain is Hyperledger, which is a fully functioning, open-source blockchain-technology by The Linux Foundation.

Grant's a freelance fintech writer who works 100% remotely and loves to travel. With over a decade of working as a software developer, quant, and AI engineer in the technology and financial services industries, he's able to effectively help his clients build and grow their businesses.

Hi, I'm Grant and I'm a freelance fintech writer. Learning, implementing, and writing about new technologies are all passions of mine, especially when related to the financial services industry. I hope you enjoy my website and feel free to get in touch if you'd like to work together or to simply say "Hi". Cheers!

"I really like working with Grant - high quality articles delivered in a timely manner, SEO optimization in place, our feedback always taken into consideration, and very easy and pleasant to work with!" 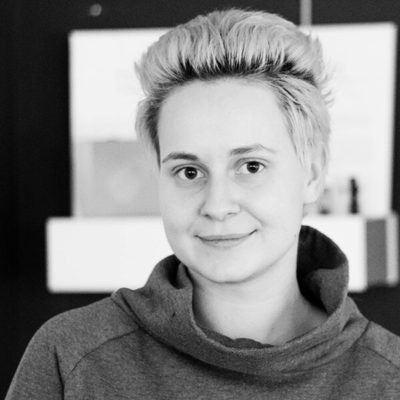 "We needed well researched and detailed writing on some fairly complex topics, mainly around start up financing and new alternatives emerging in the space. I was worried we were failing behind on the opportunity to be early to publish pieces on the these emerging trends and Grant was able to deliver with very little oversight and in an asynchronous nature." 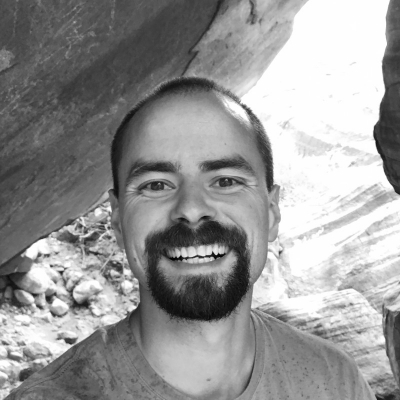 "Before working with Grant, my team was struggling to find a source for consistent, insightful content that would hit home with our target audience. Now, we're able to deliver valuable content on a regular basis and increase the frequency in which we interact with our community. Grant is reliable, driven, talented, precise, and so helpful! Grant can definitely help you take your content to the next level!" 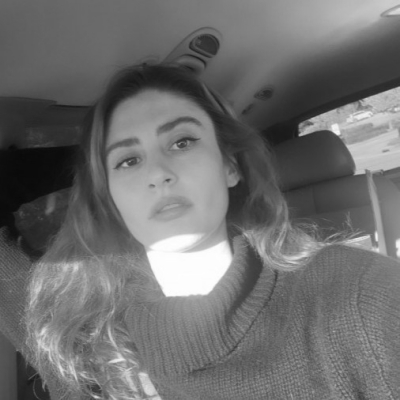 Some of My Clients

Engage customers and drive sales through awesome content and copy!

Let me help you grow your fintech business.